Born in Catania in 1938, he is one of the main exponents of Analytical Painting.
In the 1960s he moved to Milan, a city rich in cultural ferment, dominated by figures such as Lucio Fontana, Piero Manzoni, Enrico Castellani, Dadamaino, Giovanni Colombo.
His artistic career is crossed by an initial experimental phase followed by a reflective phase in which he tries to approach the essence of painting. His research is directed to the surface and vibrato, to the anxious state of painting to seek a depth and cross it.
The typologies Alterazione del rettangolo (alteration of the rectangle), 1971 belong to this period.  Punti molli (soft points), Alterazione del segmento (alteration of the segment), 1972 and the series of Monocromi (1973-75), the surfaces of which, delimited by a thin border line, appear to be moved by perceptual movement. These experiments expressed on large canvases place him in the current called Analytical Painting.
Of fundamental importance, for the historical and artistic development of Analytical Painting, was the important appointment held in 1978 at the Musée d’art moderne de la ville de Paris with the exhibition “Fractures du Monochrome aujourd’hui en Europe” ( June 19 – September 18, 1978). The intent of the critics, Filiberto Menna and Bernard Lamarche-Vadel, was to present a group of artists who had moved away, artistically and conceptually, from the minimalist concepts expressed by art on an international level in the 60s.
From this point on, the “Dissemination” season starts, where the paint, reduced to fragments, is placed on the canvas almost mimicking the gesture of the sower.
The monochromatic fragments undergo variations: from rigorous modular forms to flakes, extremely light as if they were the skin of the painting.
Numerous personal and collective exhibitions in Italy and abroad have been dedicated to the artist. 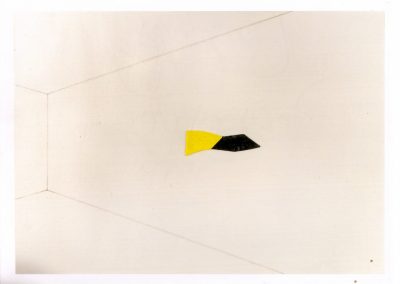 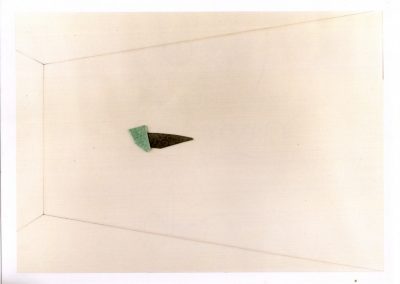