Born in Rome in 1927, he is known for the composition of forms similar to projections on the planes of parallelepipeds which are, in fact, improbable, irregular and almost inconclusive to the eye.

He was a student of Lionello Venturi, with whom he prepared his graduation thesis on metaphysical art. Subsequently, Perilli founded the “Gruppo Arte Sociale” (GAS).  At the same time he collaborated in the founding and editing of the magazines “Ariele” and “La Fabbrica “. In 1947, he took part in drafting  the manifesto “Forma 1” (signed by Perilli as well as by Accardi, Attardi, Consagra, Dorazio, Guerrini, Sanfilippo and Turcato) which was published in the first issue of the magazine also called Forma 1. In the following year he collaborated with Sottsass jr on the organization of the first abstract art exhibition in Italy held at the Galleria di Roma.

Presented by Lionello Venturi, Perilli participated in the 1st International Congress of art critics held in Paris, presenting together with Dorazio a report on the situation of Italian painting in the 1900s. In 1950 he founded, with Dorazio and Guerrini, the gallery-bookstore “Age d’Or”.    “Age d’Or” published  the first technical-informative journal on contemporary art, “Forma 2”. The artist, still together with Dorazio and Guerrini,  produced the fourth issue of the architectural magazine “Spazio”, entirely dedicated to abstract art. In the same year Lucio Fontana invited  “Age d’Or” to collaborate at the Triennial in Milan. Perilli, Dorazio and Guerrini together created two large mural paintings which were awarded a silver medal.

In 1957 he exhibited at a personal exhibition set up at La Tartaruga Gallery while, five years later, he had a personal room at the Venice Biennial. In 1963 he participated at Palermo in the meetings of  “Gruppo 63”. At the same time he had a personal exhibition in New York at Bonino Gallery. At the beginning of the seventies, he exhibited a series of works from 1961 to 1969 in a personal exhibition held at the National Gallery in Prague and set up a series of personal exhibitions in Italy and abroad. He participated in the International Biennial Exhibition of Prints in Tokyo. In 1979 he organized and produced the exhibition “L’avanguardia  Polacca  1910-1978″ for the City Council of Rome at Palazzo delle Esposizioni. In the 1980s, Perilli participated in the setting up of “Retina”, a magazine for artists, where he published the manifesto Theory of Geometric Irrationality (Teoria dell’ irrazionale geometric).  His extensive retrospective exhibition, entitled “Achille Perilli, continuum 1947-1982”, was held at Palazzo dei Congressi of the Republic of San Marino. Subsequently, he exhibited in a retrospective exhibition of the years 1969/1984 at the Paris Centre in Paris entitled “Achille Perilli L’irrazionale geometrico”.  In the works of the nineties, Perilli’s  artistic language is further invigorated by vibrant, joyous and brilliant colours.  The shapes develop two-dimensionally, expanding into the space of the canvas and acquiring structures of great elegance and movement. 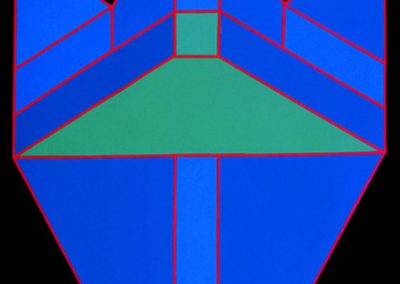 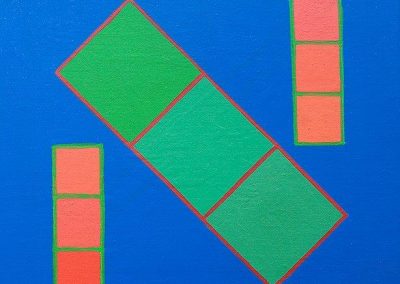 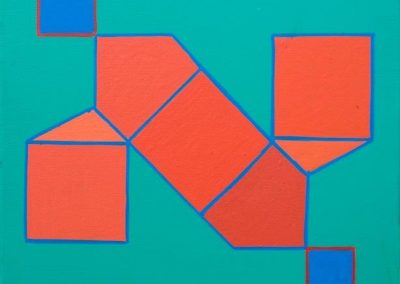 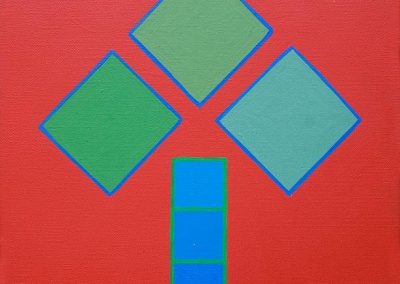 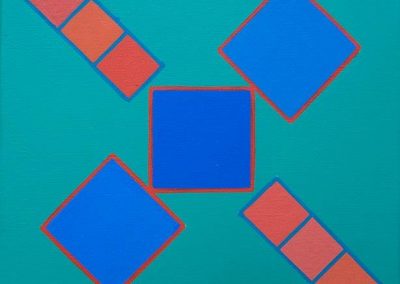 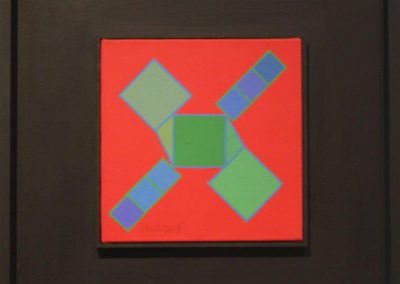