ommaso Cascella was born in Rome in 1951 to the painter Annamaria Cesarini Sforza and the sculptor Pietro.
He currently lives and works between Bomarzo and Rome.
For him, painting and sculpture are natural languages, the result of a multi-generation heritage. His painting is prone to a three-dimensional transposition, in symbiosis with his bronze sculptures. Cascella’s intense chromatic compositions are true architectural works dotted with symbols, almost an alchemical alphabet full of universal meaning. Painting and sculpture are treated with the desire to contaminate sight with touch, the smooth surface of colour with a stratification of gestures and signs, the ideal plane of the painting with ostentatious material inserts. The titles of the works are often borrowed from poetry and literature, testifying to a deep passion for books – Cascella was involved with a publishing house and an art print shop, in close collaboration with artists and poets. In 1981 he founded the art and poetry  magazine “Cervo Volante” . The direction of the first issues was entrusted to the poet Adriano Spatola, later to Edoardo Sanguineti and Achille Bonito Oliva. “Cervo Volante” closed its publications in 1984. In 1987 he restored a large sixteenth-century building in Bomarzo (VI), where he installed a new studio. He then travelled to India, set up his first sculpture exhibition in Rome, and participated in the XXI Biennial of Gubbio.  In 1995 he was appointed “sculpture academician ” at the Academy of S. Luca, and one of his bronze works was placed in the Tachikawa City district of Tokyo. He was present with the sculpture “Cielo” at the XII Quadrennial in Rome, and at the Kaohsiung Museum of Fine Arts in Taiwan, with a selection of graphic works. From 1997 to 2011 he was the protagonist of several retrospective exhibitions: in Ischia, at the Palazzo dei Priori in Certaldo, at  Palazzo Orsini in Bomarzo, at the Archaeological Museum of Amelia and at the Consiglio di Stato in Rome. In the same years, important personal exhibitions were held abroad in Switzerland, Germany, Slovakia, Japan and China. In particular, also the exhibition set up at  Danubiana Meulensteen Art Museum in Bratislava together with Esposito and Fettolini in 2001, and the exhibition  “The far near” at the Da Chu Art Space Museum in Wu Han City in China with his sons Matteo and Davide and the artist Ma Lin.
In April 2006, a public exhibition was dedicated to him in the Cloister of Sant’Agostino in Pietrasanta entitled “Il Linguaggio dell’iride” and the following month he inaugurated the new gallery Spirale Arte in Monza with his own personal exhibition.  In 2007 he participated in numerous collective exhibitions in Rome, Todi, Bolzano, Pescara, and set up three personal exhibitions: at  Eventinove gallery in Turin, at  Fondazione Ceramica Contemporanea d’autore of Deruta, at the Archaeological Museum of Terni. In 2008 he presented a new series of three-dimensional works on paper at Marco Rossi – Spirale Arte gallery in Milan, entitled “Pop Up”.  In 2010 he was present at  Tricromia Art Gallery in Rome and in the same year he exhibited a solo exhibition entitled “L’amore per nome” at the gallery Marcorossi Arte Contemporanea  in Pietrasanta.  In 2011 he participated in the Venice Biennial with the sculpture “ Cielo rovesciato” while in November 2012 he exhibited at Palazzo Aldobrandini in Rome for the project “Arte in regola” and in the same month he was present at the Walter Bischoff Galerie in Berlin and in Florence at Galleria Immaginaria, with the exhibition Calendiario.  In 2012 he presented the exhibition” Tra memoria e invenzione” at the University of Roma Tre.  In the same year: Meeting with Master Tommaso Cascella, Consiglio di Stato, Rome.
Among the latest personal exhibitions we can mention: Erbario in 2013 at Palazzo Sforza Cesarini, Genzano at Rome. “Fiori d’Autore” in 2014 at Galleria Miralli in Viterbo. In the same year the exhibition Tommaso Cascella was set up at the Municipal Gallery of Marina at Ravenna. In 2015 the exhibition “La Parola Disegnata” at Bibliothè Art Gallery in Rome together with a sound intervention by Venera Maglia.
To date, Tommaso Cascella has exhibited one hundred and twenty personal exhibitions. 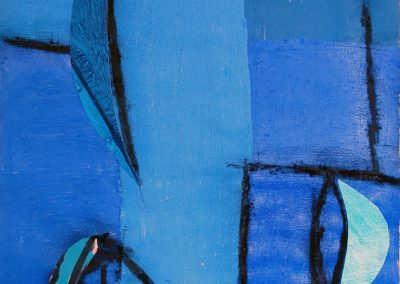 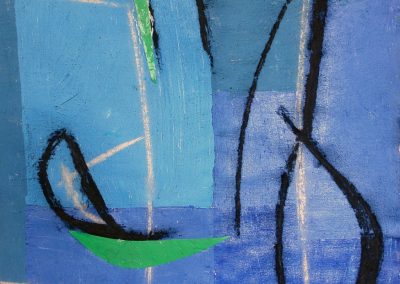 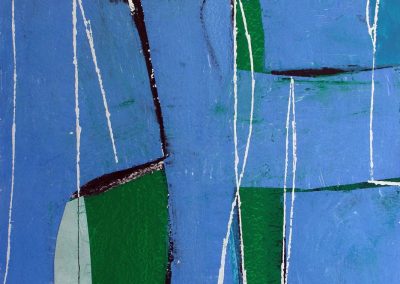 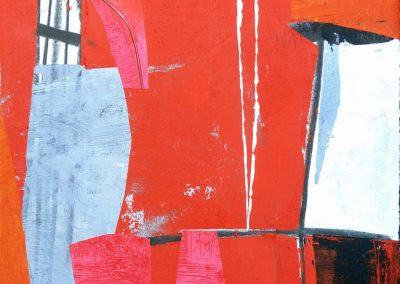 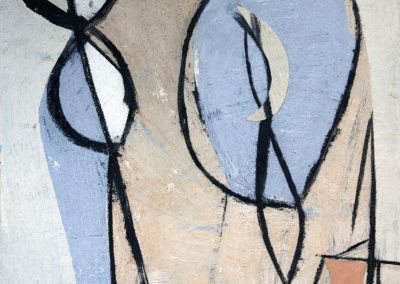 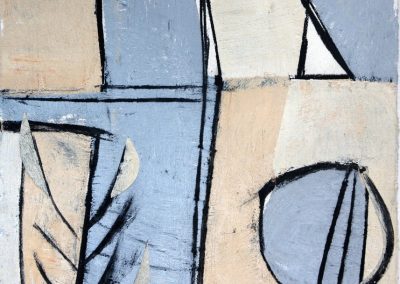 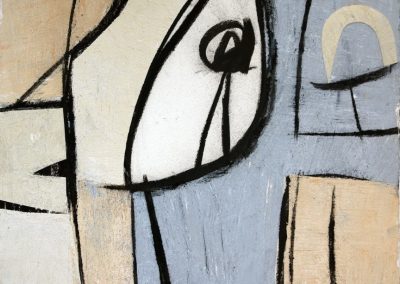 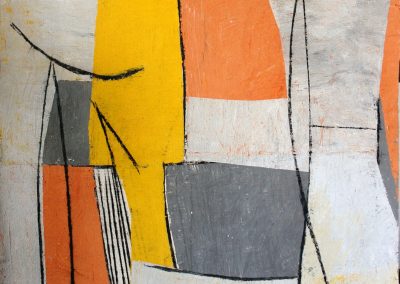 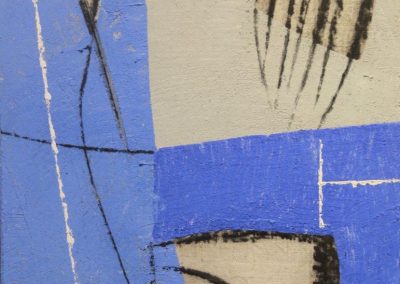 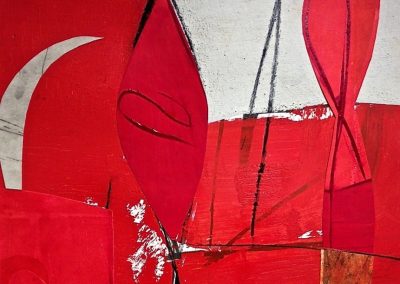