Vinicio Berti was one of the main exponents of Abstractionism in the Italian panorama. He made his debut in the early 1940s with works of a realistic-expressionistic approach which tended towards the popular world and to the dramatic reality of war. These works expressed a categorical break with respect to the Florentine pictorial tradition, especially the post-Rosai period.  In 1945, together with Brunetti, Farulli, Nativi and the poet Caverni, he founded the newspaper “Torrente” which expressed the refusal of an intimate vision of art in defence of a direct participation in the tensions of contemporary reality.  He also participated in the movement “Arte d’oggi”, which for some years  brought together important Italian and foreign contemporary artists of the moment, under the banner of a common innovative belief. They held three important exhibitions in Florence between 1947 and 1949. Berti approached Abstract Painting in 1947 after an initial period of re-reading Cubism and Futurism.  Thus, he continued in the manner of  historical avant-garde ( particularly following the line of Mondrian, Malevic, Magnelli) and embedded himself in the general renewal of European art culture. Thus, Berti achieved with works such as   “Composizione  Verticale” or  “Simbolo” what he called “a new classicism”,  opposing  the tendencies towards  classical traditions which were then still present in contemporary art.  Together with Bruno Brunetti, Alvaro Monnini, Gualtiero Nativi and Mario Nuti he founded a classical Abstractionism group in 1947. Various collective exhibitions were organized and at the end of the group’s albeit short season (1947/1950),  the group published its combined  aesthetic-cultural policy in a Manifesto.  Classical Abstractionism proposed the start of a new cycle of contemporary art aimed at the destruction of the form started by Wols and Fautrier.  It re-proposed, by  means of a language anchored to history and capable of representing its times, a rational and constructive narration based on the idea of an internal vision of matter. Once the group broke up, Berti continues to develop and expand the expressive possibilities of Classical Abstraction in content and form. Then followed the phase defined by the artist himself as “Espansione” (1951-55).  It was characterized by a freer style and a more evident connection between lines and the planes of colour. Between 1947 and 1950 a rigorous system of classical geometry continued to structure his paintings, from the series  “Citadelle  Ostili” 1955-56 (hostile citadels) to  “Omaggio a Einstein”  (homage to Einstein).  Then followed the cycles “Brecce nel Tempo” 1955-58 (break in time) and  “Aventuroso Astrale” 1959-65 (adventurous astral), inspired by the first space enterprises, and also the important work of 1963 – Utopia del tempo H3 – winner of the Fiorino award – emblem of the entire Bertian conception of man being aware of his immense expansive capabilities.
1966 was the beginning of the turn with “Citadelle di Resistenza” (Citadels of resistance), “Partenza Zero” (zero start),  “Geometria Volumetrica” (volumetric geometry), “Realtà Antagonista” (antagonistic reality),  to “Dal basso in Alto” 1981 (from below upwards), a prelude to the more recent “Visione verso l’alto” (upward visions), which represent the extreme phase of the development of Classical Abstraction in contrast with the incessant evolution of contemporary reality. 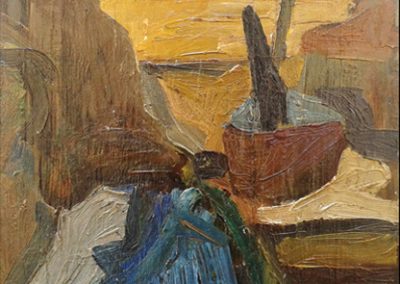 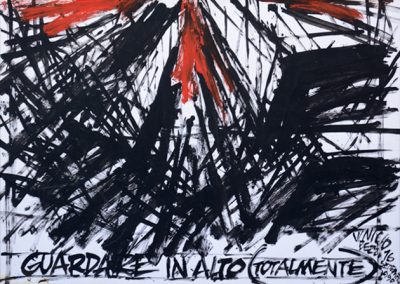 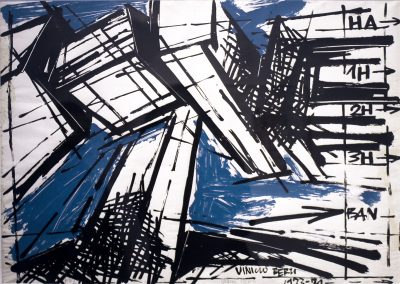 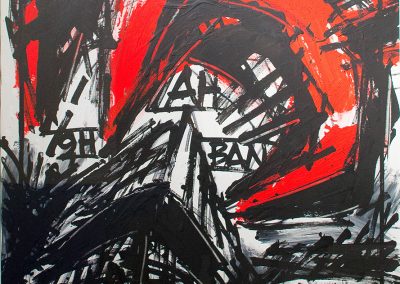 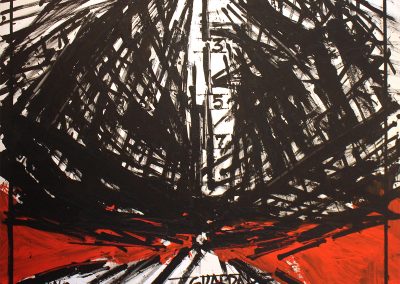 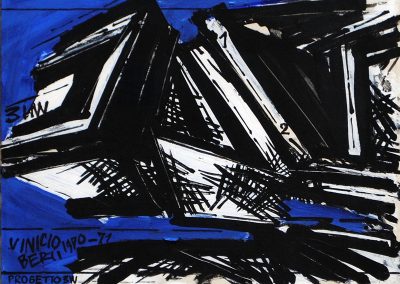