Born in Florence in 1950.  In alternating periods, he lived and studied art in two cities– both of which are the very cradle of art: Florence and Athens.

Settling permanently in Florence, he attended the famous artistic carving  workshops.  Works of that period can be found in Palazzo Pitti in Florence,  the Vatican Museum in Rome and in some Romanesque and medieval churches in Tuscany.

He set up numerous artistic events between the United States and Europe, obtaining critical acclaim everywhere. His works are found in many private collections in Italy as well as in Zurich, Vienna, Athens and Lisbon.

His artistic flair led him to devote himself to studies on materic evolution, seeking with alchemical alteration of soil, gold, silver, copper laminates etc., the realization of new chromatic effects. He thus became the founder of this new artistic form, which later gave life to the “New Renaissance” artistic movement.

He also lived and worked in an ancient convent in Bibbiano – Pelago near Florence. A place immersed in the greenery and silence of the woods and vineyards of the Tuscan countryside, where he  held stages and meetings with his students in the true tradition of Florentine art.

In his paintings, the colour perceived in the brilliance of the gold and metals components takes on considerable importance.  The importance of the materic component itself is also highlighted.

He died in 2019 in Pontassieve where he lived and worked. 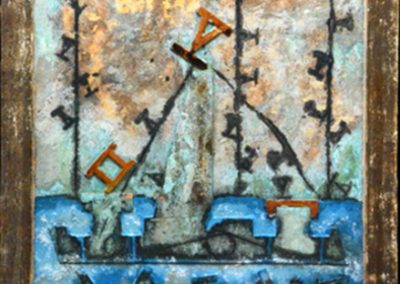 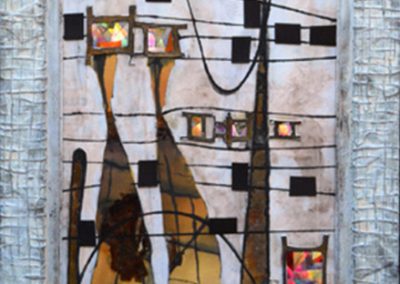