He was born in Pittsburgh, Pennsylvania on August 6, 1928, to a family of Slovak origin. After studying commercial art at the Carnegie Institute of Technology, he moved to New York establishing himself in the world of publicity working for magazines such as Vogue and Glamour.

An eclectic figure – painter, sculptor, screenwriter, film producer, film director, director of photography and is considered one of the greatest exponents of Pop Art.  Due to his fame, following his death in 1987, the quotation for his works grew so high to make him the second most bought and sold artist in the world after Pablo Picasso.

His artistic activity boasts a vast amount of works created in series with the aid of screen printing. He  reproduced the most famous icons such as Marilyn Monroe, Mao Zedong, Che Guevara, Michael Jackson, Elvis Presley, Elizabeth Taylor and many others.

He was the greatest supporter of the concept of reproducibility and marketing of art works. On large canvases he reproduced the same image many times, altering the colours (mainly lively and strong). By taking advertisements of large commercial brands (his Coca-Cola bottles are famous) or impact images such as road accidents or electric chairs, he was able to empty these images of their meaning by repeating them on a large scale. The images chosen by Warhol were drawn from American mass culture and then processed in series, in order to bring to the fore the concept that art had to be consumed, exactly like all commercial products.

Throughout his artistic career, Warhol moved in close contact with underground environments. He was closely connected to the world of music, cinema and theater. In the 1960s his studio was a gathering place for many young artists.  Warhol gave it the name “The Factory”.

In 1965 he abandoned painting to devote himself to film production, and then resumed it again in the seventies with a production focused mainly on portraits. In 1980, he had a television show called “Andy Warhol’s TV”.  He died on February 22, 1987 during surgery. 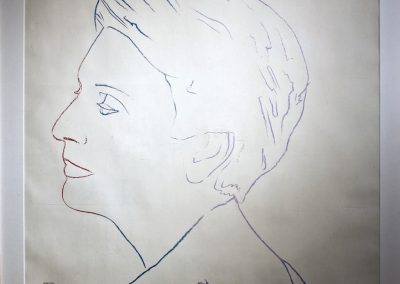 Profile of an Unknown Woman_web

profile of an unknown woman 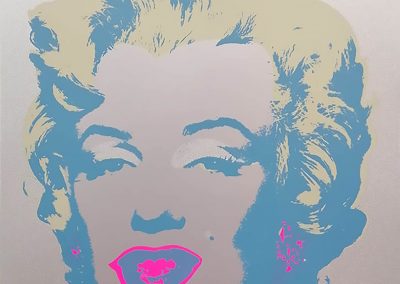