Born in Vienna in 1938. In Hermann Nitsch’s work, painting is understood as dramaturgy.  The whole development of Hermann Nitsch, unanimously considered as one of the most significant European artists, unfolds around this concept. A witness of a radical re-thinking of the artistic gesture that takes shape in that singular form of “total work of art”.  For him theatre, stage, music and architecture are alchemically essential to each other.

His artistic research has always been focused on his effort to supplant the canvas as a privileged support. From 1957 he has dedicated himself to the conception of  “Orgien Mysterien Theater” (OMT), the theatre of orgies and mysteries. OMT was a new form of total art (Gesamtkunstwerk) that involved all five senses, in which, with Freud-like liberating intentions, deep sensory-driven elements emerge through a state of psycho-physical arousal. The primordial human instincts, repressed by social norms and impositions, re-emerged during his performances.  The relationship of the Orgien Mysterien Theater with rituals and religious ceremonies of archaic peoples held strong.  An unrestrained violence that allowed the release of  inner energy, a necessary step to reach purification and redemption.

In 1961, with Günter Brus and Otto Müehl and later Rudolf Schwarzkogler , he formed the artistic group   “Wiener Aktionismus”, importing  themes of gesture painting into Austria. “Blood Organ” is the title of the first “Aktion” staged at Parinetgasse in 1962, followed by a further hundred or more and accompanied by various trials and three prison sentences.

In the “Aktionstheater”,  the Viennese artist introduced organic substances such as the flesh of  disembowelled calves and sheep, body liquids such as blood and urine and liturgical vestments such as cardinal mitres, planets, cooked items, monstrances and crosses.

In 1971, he purchased the castle of Prinzendorf an der Zaya, sixty kilometres from Vienna, as a place of worship for his Actions. He held performances there lasting three days. In Naples, one of his actions became famous. He has had numerous solo and collective exhibitions, including Central House of Artists in Moscow, MoMA – Museum of Modern Art of New York, White Space in Beijing, PAN – Palace of the Arts of Naples, Galleri Susanne Ottesen of Copenhagen, MACBA – Museu d’Art Contemporani de Barcelona,  Slought Foundation in Philadelphia, Lentos Kunstmuseum in Linz. 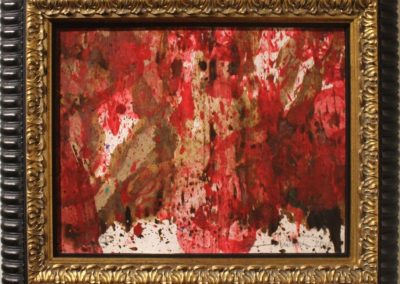 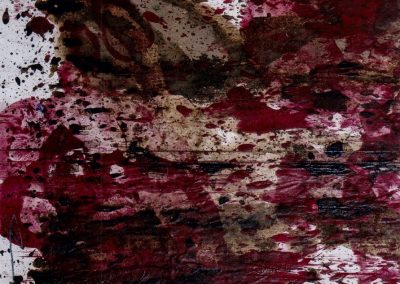 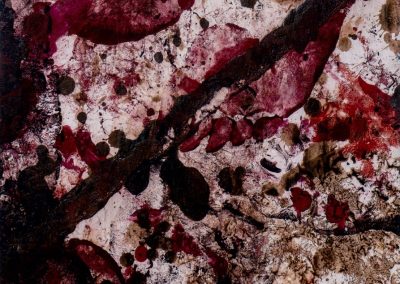