On the occasion of the centenary of the birth of Vinicio Berti, the Galleria Immaginaria remembers the artist with a series of events:

Vinicio Berti born on 11 June 1921 was the signatory of the manifesto of one of the most important post-war movements, that on classical abstractionism (1950), together with Alvaro Monnini, Gualtiero Nativi, Mario Nuti and Bruno Brunetti, who animated the artistic debate of a golden age of Florentine art.
The choice of the works on show ranges from the productions of the 1940s to the late 1990s, such as the famous series of “Guardare in alto” which was born with an inverted perspective, when lying on the pavement of Piazza del Duomo, the artist Florentine directed his gaze towards Giotto’s bell tower.
A revolutionary voice for aesthetics who wanted to promote a new social consciousness through art, Berti was a proponent of an artistic movement in favor of a painting that told  the real life “violent and powerful!”.
Driving his creative fervor was an extraordinary imagination, accompanied by a graphic talent that led him from a very young age to publish famous comics such as Atomino, Sgorbio and the famous Pinocchio, anticipating the times of modern street-art.
This restlessness and suffering for not having found an artistic environment that fully understood him, gave us the impetus to continue promoting his thought with an absolutely provocative title NON BASTA?, compared to a society that, in this historical moment, post -pandemic, lives experiences disagreements similar to the terrible moments of post-war anguish.
The art historian, Paola Facchina, in her critical text weaves an imaginary dialogue with the artist, through the pages of his diaries, creating a link between past and present, to demonstrate how Berti’s work manages to strike in our spirit today more than yesterday. 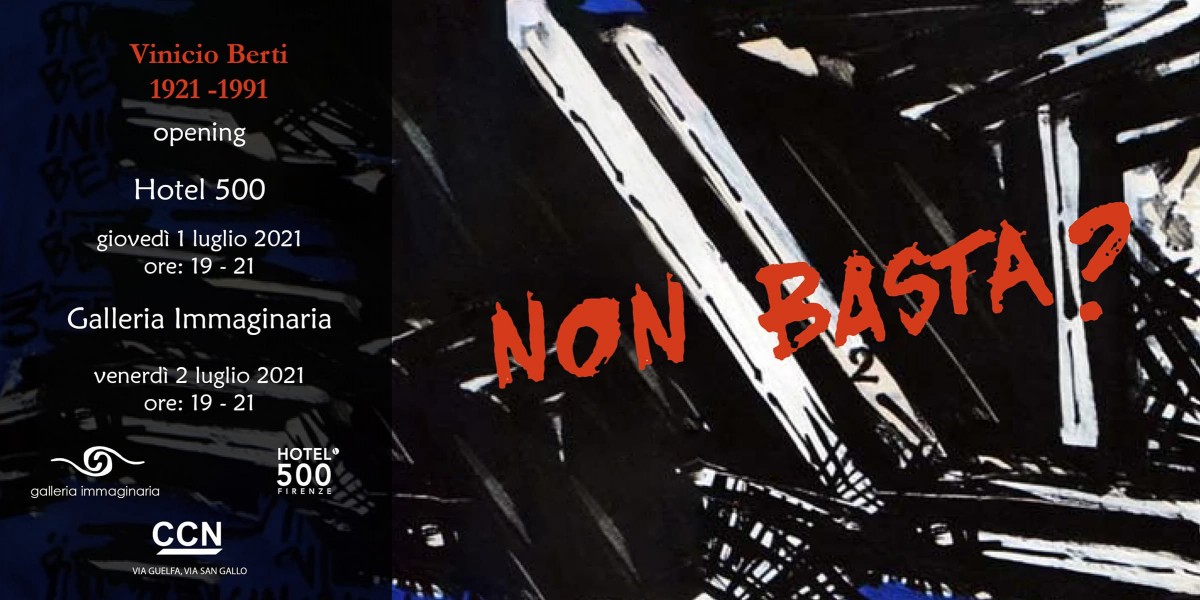 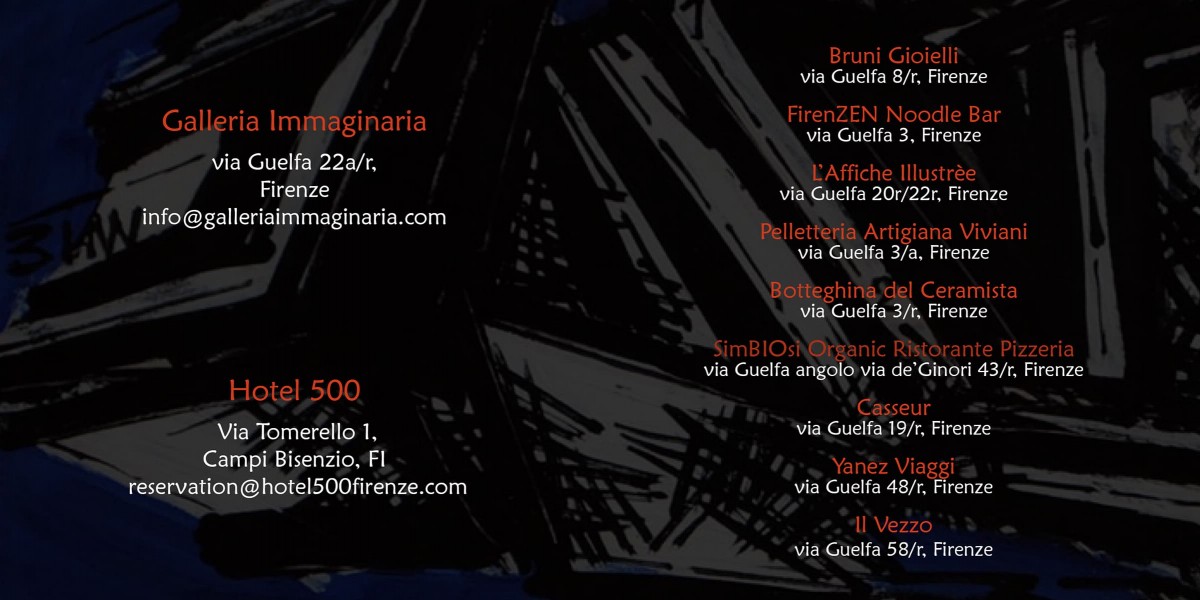 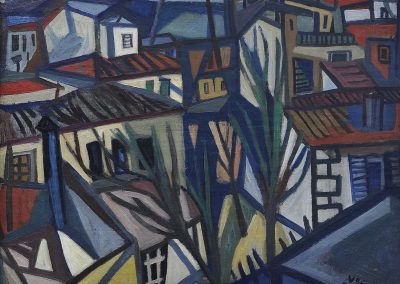 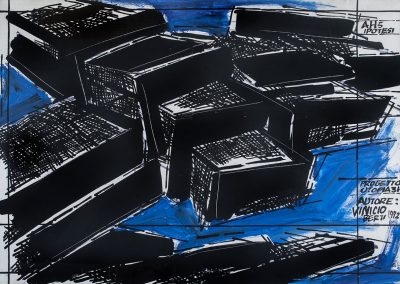 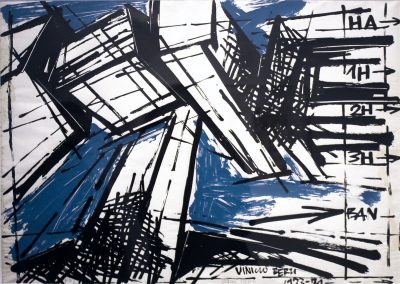 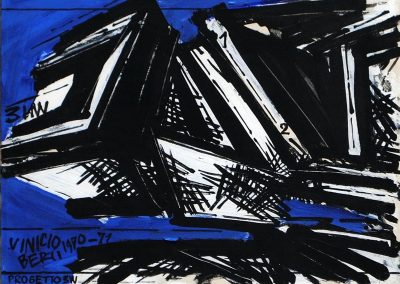 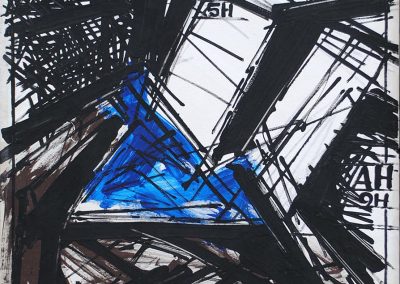 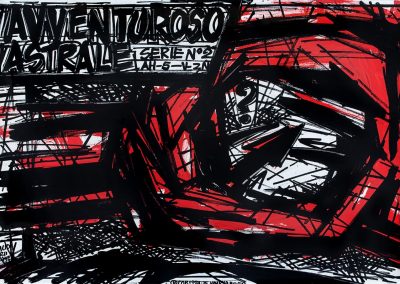 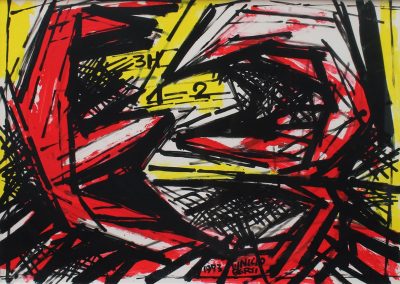 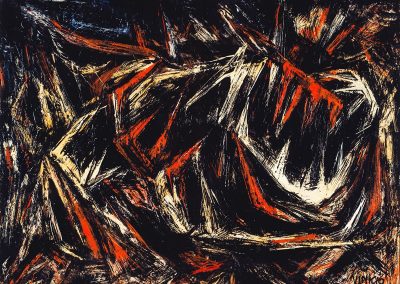 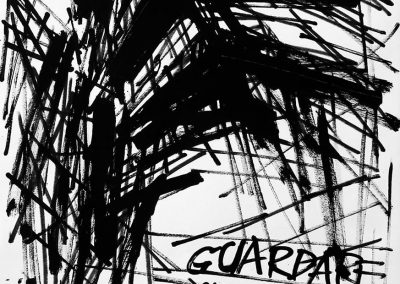 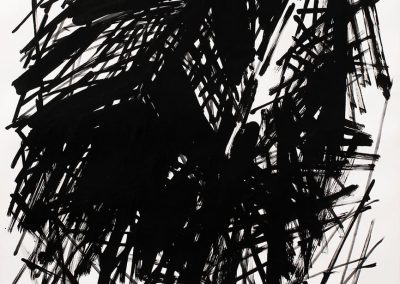